How does one, a non American, begin to write about Joy of Cooking, an American icon and institution?

Simple really, listen to the words of Marion Becker and Irma Rombauer, who instructed in their very first edition, 75 years ago, to “stand facing the stove”, a wonderfully practical metaphor for beginning the task at hand. Written in a plain unassuming tone, it sets novice cooks at immediate ease.

Joy is a book that was born from adversity, the suicide of a husband and the Great Depression and is a testament to the indomitable will of Irma Rombauer, who would no doubt be smiling at the irony of this anniversary edition being published at the time of another great financial crisis sweeping the world, sending people scurrying back to their kitchens in order to economise.

That this cookbook will stand them in good stead is unquestioned; it’s far more than a collection of recipes, though there are some 4,500 of them, it’s also a teaching and reference resource, without which, no kitchen library could ever be considered complete.

Joy is always the first book I reach for when wanting to know more about a particular ingredient or technique. An earlier edition of this book taught me how to successfully (and easily) roast a turkey and the same tried and true instructions will still there for the next generation of cooks. There are no difficult to understand commands or chef's speak, it’s more like having a friend beside you in the kitchen, gently nudging you in the right direction.

That’s the charm of this book, its friendliness. Using Joy is like wearing a sensible pair of walking shoes that let you walk as far or as little as you like.

It was from this book that I learnt that the addition of sugar syrup to the other ingredients is what makes a frozen margarita a perfect drink for a hot day and the explanation of how to go about tequila shots ends with the sage advice...'repeat the process as often as good sense allows.'

This 75th anniversary edition has been updated with new recipes, certain chapters deleted from earlier editions have been restored, though it must be said that some parts are in need of better revision - the section on truffles, for instance, states that they defy cultivation, which was true until recent times.

That aside, there can be no greater praise than to say if I was only allowed one cookbook, Joy of Cooking would be it. It is the one cookbook that I would unhesitatingly recommend for any cook just starting out, having stood the test of time for the last 75 years. 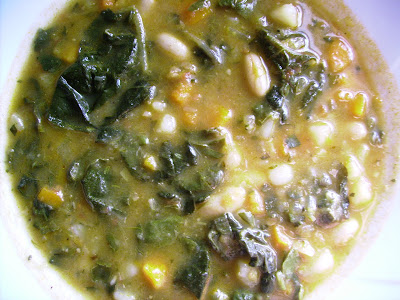 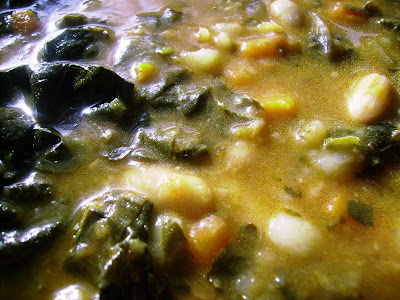 Copper Cookware Sale
Called into metisse in Olinda, a gorgeous French homewares shop on Mt Dandenong Tourist Road. They are currently having a 25% off sale on French solid copper cookware lined with stainless steel.

They had a large 32cm skillet for just under $200 and a stockpot around the $300 mark as well as a few other smaller sizes. If you are looking to acquire a few pieces for your kitchen, either to cook with or just decoration, I don't think you'll find cheaper anywhere else.

The Cuckoo
In 1958, two young, recently married, German immigrants, Willi & Karin Koeppen, bought the neglected and run down Quamby Cafe in Olinda, renamed it The Cuckoo and began a remarkable institution that has fed and entertained many generations of Victorians as well as interstate and overseas visitors for more than fifty years.

Perched high up in the Dandenong Ranges, the Koeppens have managed to bring a slice of German Bavaria to life. On the sprawling site, there are three different floors seating 450 diners. Its atmosphere is generated in turn by the clutter of knick-knacks, the largest free standing cuckoo clock in the world, warm, friendly dirndl wearing waitresses - peasant costumes from Germany's alpine areas - and the fun-loving band members who are masters of bad jokes that somehow always seem to get a laugh.

It was one of the first restaurants in Australia to feature a smorgasbord buffet, predominately of European dishes, but still accessible to all tastes; no one ever has to go away hungry.

On our visit, we were shown to our table and immediately a well made pumpkin soup was served in a large, silver tureen, with a ladle to help yourself.

Next came a visit to the cold buffet which consisted of very fresh oysters in the half shell, a salad of seafood, mostly extender, bound with mayonnaise, a slightly dull octopus salad, excellent roll-mops and a noodle salad. There were also several different mainstream cheeses on hand, along with crackers and pumpernickel bread.

After a short break, it's on to the hot buffet, starting with a selection of salads and cold cuts - on this occasion there was a bean salad, pasta salad and green salad. 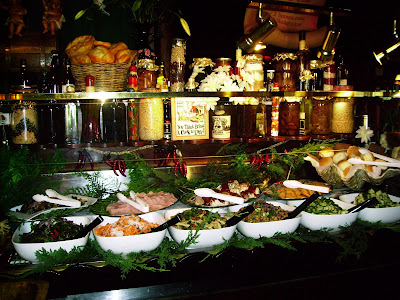 Experienced diners usually don't dawdle here, preferring to get to the hot food. First up come the roasts this time featuring beef, pork and lamb along with gravy and condiments, all are cooked well done, however the beef was very tender and not at all dried out. 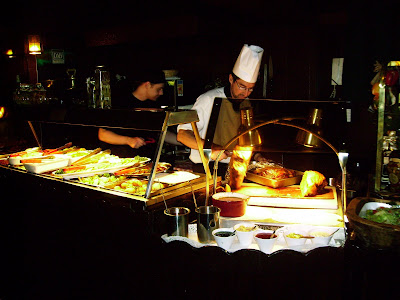 Then comes the hard decisions. Central to the buffet and always there are sauerkraut (cabbage only), bratwurst, schnitzel and roast potatoes. Other offerings included potato dumplings, battered fish, chips, red cabbage, broccoli, carrots and cauliflower cooked till just tender, as well as what looked like a curry. As the host, Horst Lantzsch, explained, the choices always vary. 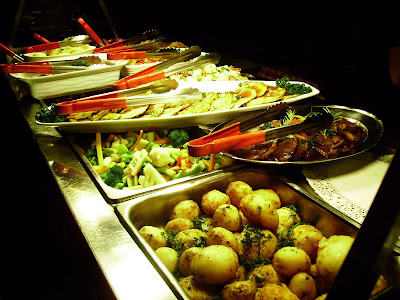 Now is the belt loosening moment - the dessert station beckons! 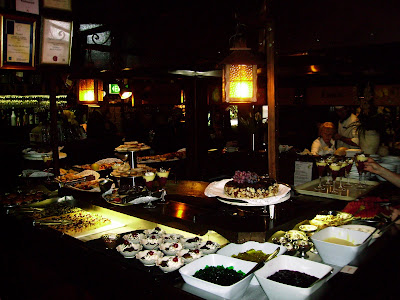 It's built around a huge hotplate on which fresh pancakes are made to order, ready to be accompanied with ice-cream and smothered with maple syrup, chocolate, strawberry or caramel sauces. There are also excellent strawberry and almond tarts, Black Forest cake of course, chocolate mousse, multi colour jellies, strudels naturally and a few more cakes besides.

Finally we rested with a pot of filtered coffee and a pot of tea, other coffees are available on request.

The band strikes up the floor show and we find ourselves, along with other audience members, ringing cowbells in a complicated and hugely funny number, directed by Peter Verheyen, who displays a great memory for where the bells are. One of the waitresses also sings a moving rendition of 'Edelwiess', from the Sound of Music.

The Cuckoo considers itself a family restaurant first and foremost, eschewing cool and sophisticated for the folksy, but in its very own way, is kind of cool. The buffet for the most part was well put together and cooked with care and attention.