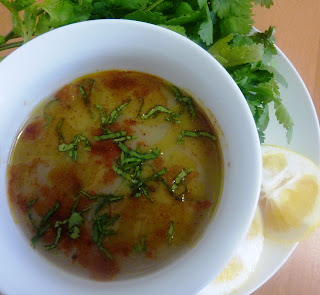 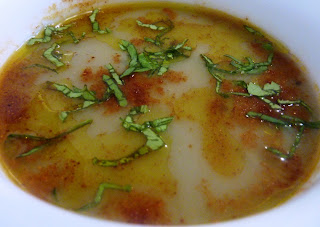 Stephen Downes Big Call
Early 2009, Anthony Bourdain visits Melbourne and declares that Dan Hunter's food at the Royal Mail Hotel is worthy of Michelin stars, even going so far as to say it's the best food in Australia.

Fast forward to November 2010 and the Herald Sun's food critic, Stephen Downes, writes that the Asian influenced Easy Tiger would win 3 Michelin stars based solely on their dessert of chocolate and pandanus leaf dumplings.

I like a big call and that's one of the biggest I've ever seen.

Wonder what some of Melbourne's better chefs would think about that? Shannon Bennett or Ben Shewry for instance. What would the doyen of Thai cuisine in Australia and real life Michelin starred David Thompson make of it?

Does a single amazing dish garner a restaurant one of the highest awards going around? 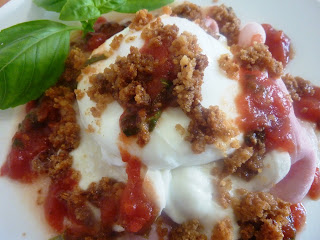 I recently spent some time in the country and ate at a local hotel, The Royal Mail in Birregurra, on a couple of occasions. The first time, on a Saturday night was an altogether elaborate menu, featuring some mighty fine dishes.

Our second visit couldn't have been more in contrast. It was the Saturday's chef night off and the menu was more typical country fare, mixed grill with all the cliches sort of thing, though still very well cooked.

One item that caught my eye was the chicken parmigiana, ubiquitous throughout the land, very often featured as a pot and parma kind of special for slack Monday nights.

Now as much as I like a good parma, why is it that someone hasn't dallied around with the concept? You know, have a bit of fun with it. A play on the old chicken and egg, who came first theme. 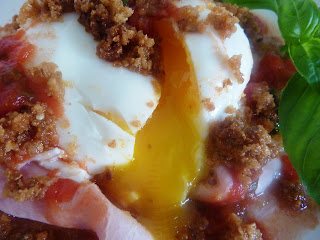 The more I thought about it, the more possible it seemed to have a genuine egg parmigiana. The ham and cheese were easy as was the tomato sauce. But what makes a parma just that?

The coating of breadcrumbs of course.

Why not fry up the breadcrumbs in some butter and sprinkle them on top to give that vital crunch and texture? 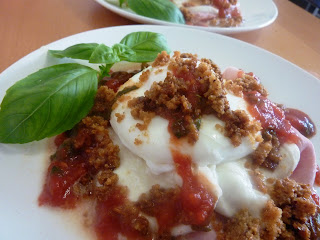 Let the ham and buffalo mozzarella come to room temperature. Lay 1 or 2 slices of ham attractively on a plate and top with slices of buffalo mozzarella. Lay a freshly poached egg on top and drizzle over the tomato and basil sauce. Sprinkle with the fried breadcrumbs and serve immediately.

Take a tin of whole tomatoes and crush them with your hands. Put them in a pot and bring to a simmer. Add the garlic, shredded basil leaves and season with salt and fresh ground pepper. Simmer until just thickened.

Note: I was talking about this dish with Steve Kirk from Kirkfood who supplies me with the freshest Italian buffalo mozzarella when I can't make it to La Latteria for the best local stuff. He suggested using Italian prosciutto as a variation, or if you wanted to splurge, some Iberico jamon wouldn't go astray either.

tip - when you've fried the breadcrumbs, don't leave them in the frypan as they will continue to cook and darken.

There's nothing like a great steak, cooked just so, with a serving of crisply cooked chips. But after a visit to a Farmer's market by my wife, we were in possession of a cornucopia of spring vegetables and herbs, peaking in their prime.

Amongst other things, a look in the basket revealed a couple of bunches of broad beans, a cute bunch of pink French radishes, a bunch of watercress and some spring onions. All that pepperiness of the watercress and radishes allied with the subtle sweetness of broad beans would be a perfect foil to a steak and make a beautifully complete meal in itself. Even without chips!


A dish that's a simple paean to the season of spring.

Blanch the broad beans in simmering water for 1 minute. When cool enough to handle, remove the skin. Heat the olive oil in a pot and gently sweat the spring onion until just soft, about 1 minute. Add the shelled broad beans and sliced radishes and gently warm through. Add the watercress, a few drops of white balsamic vinegar and the hazelnut oil. Season with salt and fresh ground pepper. Place in the centre of the plates and top with a steak or grilled chicken breast.