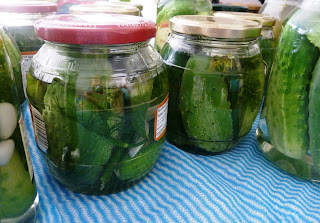 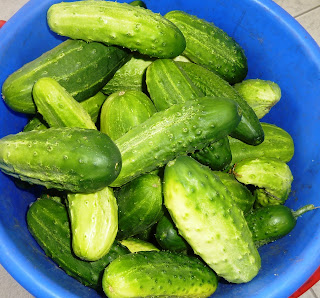 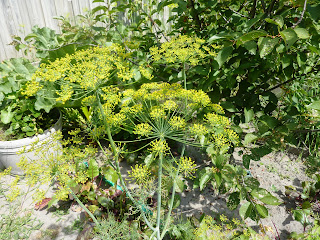 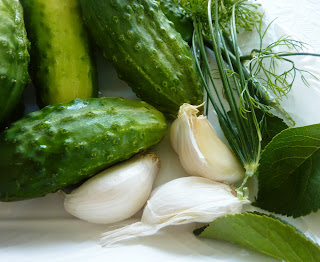 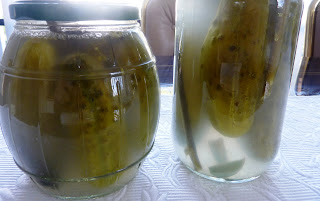 Great post Neil-I LOVE dill pickles and so does my middle daughter. We did exactly this when we had a glut a few seasons back. I just cant get enough of em!

Don't they taste just so great? One of the easiest preserves to do as well, just as well considering how bountiful cucumbers can be; zucchinis have got some stiff competition from them.

I tried something similar last year and they bubbled and I freaked out and threw them out. My never fail version of dill pickles has some vinegar in it and I find these dont bubble. I guess I must have had some contamination? Has this ever happened to you?

Hi ran, bubbles are a sign the fermentation is proceeding normally and are quite natural, think beer. Mould floating on top would be something that would cause you to throw them out. Vinegar is a great safeguard but also sharpens the flavour.

Hi Neil
Thanks.
Timely reminder to get some into bottle.
I dont screw the lids on too tght till the fermentation is over, have had some go bang over the years.

It's that time of the year to get all sorts of things bottled, you must be flat out with it. Interesting about the loose lids, we tighten and are yet to loose any.

I don't think we pickle things enough in Australia. Look how the Europeans love their pickled vegetables. I absolutely adore pickled vegetables, especially cucumbers. I can't believe how easy it is, I must give it a try.