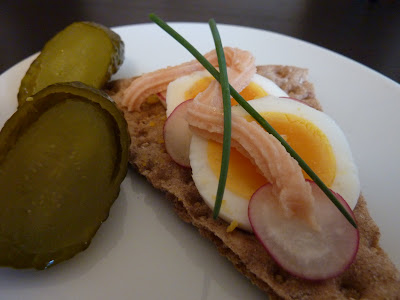 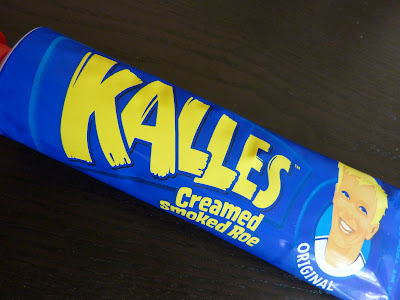 Autistics and Diet
Many of you would be aware that autistic spectrum disorders (ASDs) means problems with the way an affected person communicates and relates to people around them. It is a complex lifelong condition that seems on the rise, which may be attributed to better and earlier diagnoses.

For a range of reasons, it can affect the diet of those affected in a myriad of ways such as heightened sensitivity to the taste and smell of food, which to put in perspective, would be like listening to a favourite piece of music, when suddenly the volume jumps to maximum, turning pleasure to instant pain. Other reasons include,

In a recent workshop on diet and the autism spectrum disorder, it was pointed out that in common with a lot of children, two food groups that seem the most affected are fruit and vegetables.

Now as parents of an affected child, we know how creative we have to be in order to get our girl trying new things and not worrying too much at how she may react to the same food served in different ways. For instance, M will eat a large bowl of risotto and help herself to more, but will instantly turn her nose up at a bowl of plain steamed rice.

The trick is NOT to tell her that risotto is rice, that could just spell disaster, we just let that be and experiment with risottos, adding different vegetables; you learn to use what you can. Fortunately, for us and her, M seems to like a lot of vegetables, her area of avoidance is fruit.

The only fruit she will eat are raspberries and we are now having some success with sultanas. What we were told that may help her or any other child with an aversion, is to have a small plate of cut up fruit at the dinner table. There is to be no pressure to force her to eat anything, but the best chance of success comes after a long period of time, perhaps years, in letting her watch us eating fruit.

Modeling is something that doesn't come easily to autistics.

But the biggest hope of success comes from a surprising area and is apparently true for all children. If you want to get your child to eat fruit, the chances are greatly increased if they watch their fathers regularly eating it.

C'mon dads, down an apple!

With thanks to Zoe Connor, Dietitian, and members of the Dietitians' Autistic Spectrum Interest Group (DASIG)

Greek Cookery from the Hellenic Heart

You know how it is. Limited time and budget, but you need to get your teeth into something.

That's how I was feeling the other day in the bookshop, equivocating between two Australian authors, Matt Preston (Cravat-a-licious), who is now a contender for Australia's sexiest man, and George Calombaris, who also has a bit of a ladies fan club.

Fame can do that for you.

It can also make people want to be connected to you in some way, like the bookseller who proudly informed me that he went to the same school as Calombaris (Mazenod College).

I wanted Greek Cookery from the Hellenic Heart from the moment I flipped through a couple of pages. Dean Cambray's photography grabs you by the goolies with mouth watering food shots interspersed with action photos that bring this book to life.

But more than that, the Heart in the title is no empty promise, with references to family, friends and home, and one chapter a dedication to his mother Mary's cooking skills which imbued the young George with a passion for food, even if she did suggest that he get an office job instead!

Very often, Greek cookery seems like a franchise; eat at one Greek restaurant and it's like you've eaten at them all: Calombaris has worked hard to avoid the cliche with inventive takes on many dishes. It can be risky to mess around with classics - his somewhat infamous souvlaki, which appears here, a case in point - for the most part though, the Calombaris' recipes are ones you will want to recreate.

For me, the very best cookbooks are the ones that draw you in with their personal touch, which let you in to the author's world, giving an understanding of the influences that have shaped the recipes. Such books are rare and to be treasured.

Footnote: When I showed this book to my wife, she looked slightly aghast and said,

"That's not true, I just didn't agree with a few things he's said and one dish he's cooked. It's not a sin to have an opinion, especially for a Greek."

That's why they have tavernas, to sort things out, over food and drink, maybe with a little Zorba.

A Cautionary Tale
Jeez, just when I was on a roll, the hard drive cooked itself.

Back to the computer shop to get the offending part replaced and while I was there, thought, why not update to Windows 7? My daughter had recommended it and there was that glowing review. Can't put a finger on it, but there was something about Vista which I was never comfortable with.

Get back home, put all the plugs back in the right spots (a bonus for me!), switch on and watch everything load and install as it should.

Except for one thing.

The wireless modem was lacking its driver, therefore, no internet connection. No problem, it was supplied by BIGPOND, Australia's number one internet service provider. Ring tech support, they'll fix it.

"Hello, I've just upgraded to Windows 7 and can't get on the internet, can you help?"

"I'm sorry, BIGPOND doesn't support Windows 7. We do have a premium service that can help, but you will have to pay"

"(stunned silence) What, you mean I have to pay to get help for the service you are providing me with, that I already pay for?"

I won't bore you with the rest of the 10 minute conversation, but regular readers might have a fair inkling of what I may have said. Politely, of course.

In the end, I asked to talk to someone else who may be able to help, meaning a supervisor. Instead, the call centre operator gave me this.

That's the number for Microsoft Australia, don't lose it now. Through some technical wizardry, they connected me again...for free.

Just to repeat, at this moment, BIGPOND doesn't support Windows 7 operating system; they may not be the only service provider doing so. If you upgrade, make sure to ask about staying connected to the internet.