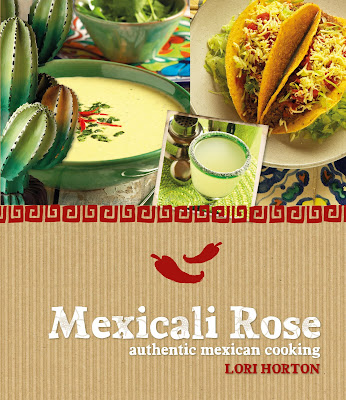 It's sometimes a bit of a disappointment being a far flung outpost of the former British empire.

For instance, how much better would the Mexican restaurants here be, if, per chance, the Spaniards had sailed this-a-way after discovering the New World?

Australia could've become the Newer World and we all could be doing something interesting, like debating, taco in hand, the merits of bull-fighting, instead of wondering if one day cricket has any future, whilst soggy meat pies leaked their mystery contents into countless laps.

Australian men, passionately dancing Flamenco in their oh-so-tight shiny black pants, would have reeled from the shameful accusation of budgie smuggling, hoping for the praise of a soaring kookaburra at the very least.

But alas, ships full of corn and chillies sailed back from whence they came, all our wide open spaces were left to a moderate Captain Cook to stumble across, and from then, it would be almost 200 years before anything resembling a Mexican restaurant would open on our shores.

It was some 40 years ago that Victorians were provided with their first glimpse of the intriguing peasant cuisine of Mexico, when Bill Chilcote opened his first store here. Even though Taco Bills have something of a reputation for mostly frozen Margaritas, nachos and tacos, it was the start many needed to learn more and eat better.

Catering for the growing desire for a more authentic Mexican food experience, Mexicali Rose opened in Richmond some 30 years ago and was immediately a hit amongst the cognoscenti. In 2003, the restaurant came full circle when it was purchased by the Horton family, whom had ties with the Taco Bill franchise through Brent Horton, who in partnership with Chilcote, opened the first licenced Taco Bill in St Kilda in 1980.

None of this was in mind when browsing in a summery Lorne bookshop, whilst waiting for my sister-in-law to find a parking spot, which, incidentally, meant plenty of time for a look. It then came as something of a shock to pick up Mexicali Rose by Lori Horton, the daughter of Brent, and to realize that I was holding a book on Mexican cookery, written by an Australian.

Oh yeah baby, that book was mine!

I liked the way it's so clearly set out with individual chapters from starters to desserts, with sections for drinks and vegetarians as well. There is some great photography from Graeme Gillies that captures the gaudy colours of Mexico and the spirit of each dish, important especially for those starting to cook with the sometimes unfamiliar ingredients.

That is probably the main strength of this book, making Mexican cookery accessible through its ease and in not relying on hunting out the most obscure of native ingredients, though for the more advanced, a few recipes require them. Which is probably the only hiccup in the book, for it fails to mention where you may obtain such things as tomatillos or nopales.*

Frightening techniques and processes that bedevil some other cookbooks of this style have no truck here. Anyone who has some idea of cooking will find a recipe to suit their level of expertise. There is no trying to emulate the doyen of Mexican cookery, Dianna Kennedy, and this book is all the better for it; it's both friendly and instructive.

Here's Lori's twist on a Margarita, she's turned it into a decadent dessert.

In a large bowl beat the egg yolks until thick and creamy. Add the lime juice, water, gelatine, sugar and salt and continue beating until well combined. Pour the mixture into a saucepan over medium heat and stir constantly for 5 minutes until the gelatine dissolves. Remove from the heat and stir in the cream, tequila, triple sec and lime zest. Transfer to a bowl and allow to cool. Refrigerate for 30 minutes.

In a large bowl, beat the egg whites until they form stiff peaks. Fold into the set gelatine mixture. Place in individual champagne or martini glasses. Place in the refrigerator to chill for at least 3 hours. Garnish with lime zest to serve.

*Mexican ingredients in Victoria can be bought from Aztec Products Pty Ltd.

It's about time. Thanks for the book and the advice on Aztec Products. Gotta check them out!

I have often debated (with myself) the future of one-day cricket....
When we lived in Ireland we used to go to a Mexican restaurat - served jacket potatoes with everything, of course. Non-existent here in France - although we do have Tex-Mex - serving pizzas with creme fraich and Tomme cheese....
Love your cook book - Amazon wish list!

Hi anh, it's one of my favourite cuisines, hope you enjoy it too.

Hi katiez, did you happen to notice which coloured ball they might be using!

No jacket potatoes, creme fraiche or Tomme in this book.