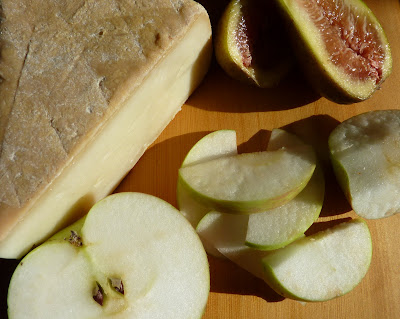 Snow apple with fig and a local pecorino*

In this modern age, it's not always easy to find the apples we remember from our youth; the heirloom varieties have seemingly been replaced with cultivars that have more to do with supermarket convenience than flavour, often exacerbated by the predilection to pick unripe fruit in order to prolong its keeping qualities under cold storage.

There's nothing wrong with trying to provide the market place with a steady supply of fruit all year round, but in order to keep apples more than a few months requires a delicate balancing act of several factors, the first casualty of which is flavour, closely followed by loss of texture, crisp standing aside for mealy. 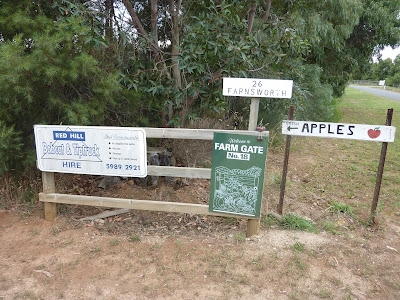 That's why autumn is one of the best seasons. Okay, I love all seasons, each has its own treasures, but the faltering rays of late summer signals that new season apples are on the horizon.

However, the first flush of apples is a tricky time to buy as many greengrocers will often put up their new season signs cheekily early, with tasteless, mushy apples somehow mistaken for the real McCoy.

Other sellers in a rush to get genuine new season fruit will be happy to provide examples that are not yet ripe. It's a hard world and you need someone to trust. 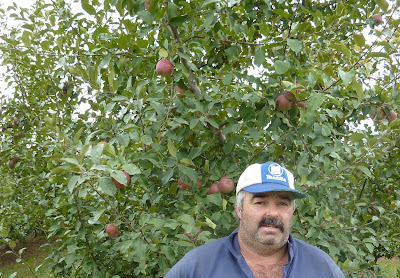 Paul Farnsworth is your man. He runs a mixed orchard at Red Hill on the Mornington Peninsula, selling different fruits all year round, though his core business is cherries and apples and he sure does know 'em, especially the value of the older apple varieties like snow, golden delicious and cox's orange pippins, but is unafraid to plant newer versions like fuji and pink ladies, leading to a heady mix with something for everyone. 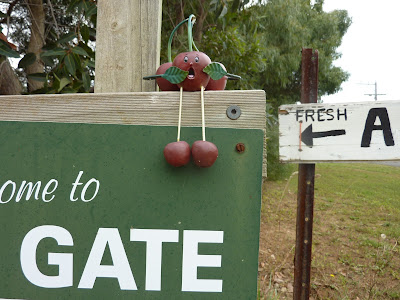 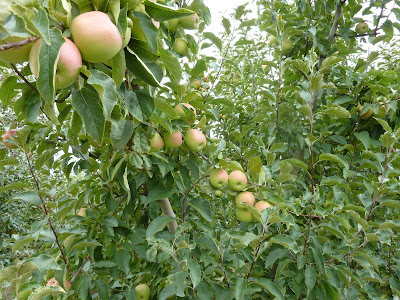 But the exciting thing is that he picks his fruit ripe and generally doesn't plan on holding produce into the next year. Which means that when you bite into one of Paul's babies, there is a satisfying crunch and wonderful aromatics that perfume your first bite.

Apples as they should be.

Even a granny smith, that well known cooking apple with tart acidity is a pleasure to snack on 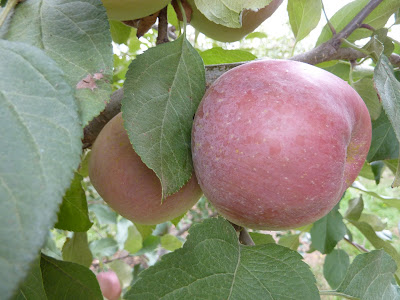 I still remember finding the Farnsworth Orchard many years ago and the absolute joy of eating a real apple. To this day, we always eat one before leaving, having a mini debate about which variety to eat first, then a trickle of juice on the chin and a sparkle in the eye. Heaven. 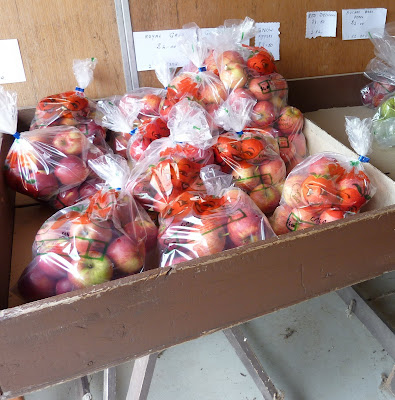 They sell direct to the public, with the availability of certain varieties depending on the stage of the season. But whatever apple you get, one thing is certain, bucket loads of taste. 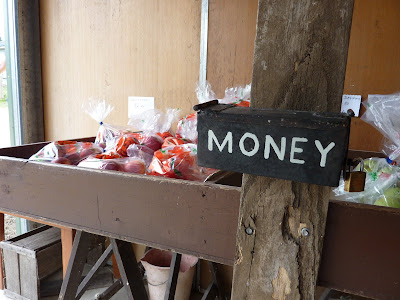 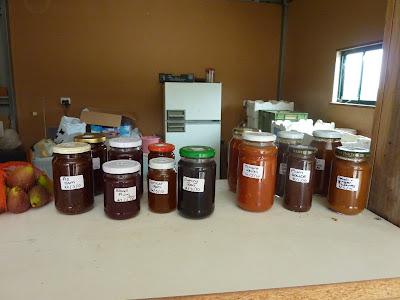 Paul's wife Val makes an excellent range of jams, sauces and chutneys and are well worth a look. Other interesting fruits are often for sale, depending on the season, there were figs the day we called in, as well as tomatoes and lemons.

Wowzer, Neil, you were listening in the photography sessions at the Eat.Drink.Blog conference - that first photo in particular is so beautiful.

We're lucky to live near apple producing areas too - kids eating about three a day each at the moment.

Hi zoe, thank you, I was listening so hard! Perhaps part of the trick is actually knowing makes a good shot.

We don't live close to that orchard, about 1.5 hours away, but we always stock up when we go, I'm currently staring at 16kg of apples and pears.

Neil, what would you do with 16kg of apples and pears? Curious :)

Apples are in season now and I'm planning to make some apple jelly this year. Would love to visit that orchard!

Hi anh, we eat them mostly, they'll be all gone in a month. Some will get cooked, apple sauce, apple tarts, cakes that sort of thing. We really love apples here!

It's a wonderful orchard, hope you make it there one day soon.

I just discovered your wonderful blog, and I'm so glad I have! :-) I so enjoyed reading this post - one of my favorite childhood memories is of the many trips to the orchard with my mother every fall... Thank you for the beautiful photos and a trip back to real apples!

Hi astra, glad you found me. Aren't those childhood memories amazing, our daughter is getting her share too! Yes, they are the best apples straight from the tree.

Neil, thanks for bringing me 2 kg of these tasty apples, Am a big fan of apple and you made my days.... unfortunately just one left!!!!