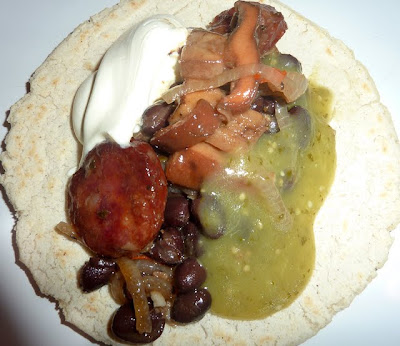 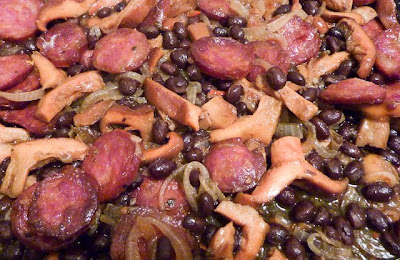 Those look awesome Neil.
I've always skipped the recipes with huitlacoche as an ingredient ... I will try the mushroom idea. I could probably get the corn fungus ... maybe I should look more often on restaurant menus, I'm chicken to try it.
Any time you can bring on the chorizo and win me over.

Hello!! My name is SIMAUMA. I write blog about the food.Please look.And I am glad if I link to your blog. (URL)http://food-collection-simauma.blogspot.com/

Seems good combination all together. Are kidney beans as ok as the black beans? :)

Traditional, Tex-mex or "inspired by" - I love all foods with a mexican flavour! Visiting Mexico was a real eye-opener - everything was not eye-wateringly hot! But everything was definitely delicious. Love the combination of flavours in your tacos!