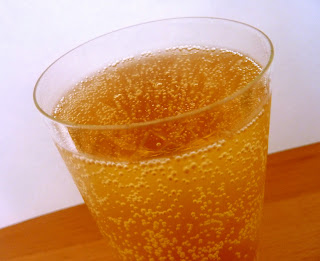 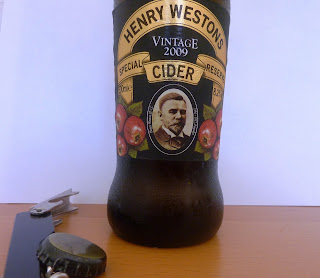 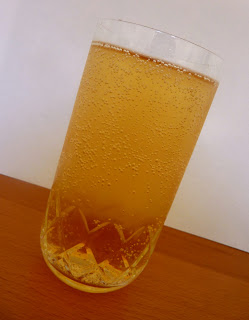 I love cider! I usually go for Hornsby's... because I can find it pretty much anywhere. But I wish I had more options to choose from!

Hi tanna, It is pretty potent, if you wanted, Acouple of Westons would get the job done. I think a mixture of Guinness & cider is a Priest's Collar, don't ask me why!

Hi sammie, Know how you fell re lack of choice, it was like that here until only a couple of years ago, now we're spolit for choice.

I'm bookmarking these to try this weekend.

Just tried it, what a great cider!
We also tried the Weston's organic which was also excellent drinking.

I had no idea England produced that much cider.... I thought it was a French thing - Normandy.... Hmmm, Guess I see the relationship....

we picked up a couple of ciders to try just last night from our local and the guy was telling us that ciders have increased in popularity as the sweeter stuff has come in. The teenage market has moved from those whatchamacallit sweet alcopops and girls are drinking the sweet ciders and boys the drier stuff.

As for me, I'm still waiting to have a drink this weekend!

I have been hooked on the vintage ever since the first drop drizzled down my gullet.
5 star goodness

It is indeed a great drink. Unfortunatly cider has been destroyed by Marketing Managers. Coming from Sandford in Somerset (Thatchers) and living in Dorset prior to Sydney, I cry to see what is passed as cider and the cost! It should be cheaper than beer. But Marketing wants a new Merc or BMW with every pallet sold. The prive in UK is about 1/3 to 1/2 the price here for the imports. See here for a comparison.
http://www.mysupermarket.co.uk/#/shelves/cider_and_alcopops_in_tesco.html