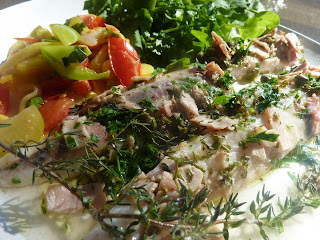 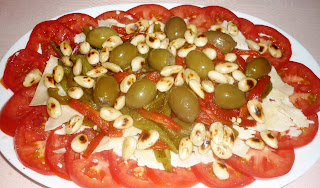 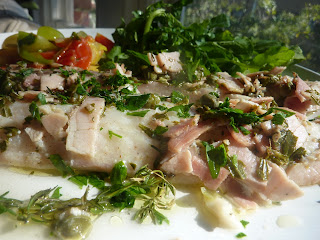 Hi kitchen hand, Haven't had a chiko roll in like forever, but the other two are on regular rotation in our house. You've summed up Australian cuisine brilliantly, let's go get a beer.

You've reminded me - the pub-style $10 parma might be the quintessential Australian dish, far removed from its Italian roots.

Well since we have completely renamed the parmigiana, there's absolutely no reason not to claim it as our own. Wonder if we could get a D.O.C. before the Italians.

Hi Neil, really enjoyed you post and I think you nailed the 'Aussie-ness' of our contribution to world food. Interesting that you mention the Spanish influence. many people I know say places like MoVida, bar lourinha and other similar places do the best Tapas they have eaten, even in Spain.
I think we cherry-pick and interpret very well, distilling the most important aspect of a dish or at least the bit that interests us, to let it shine. The only thing that we can never copy is the sense of place and time, the terroir that seperates the orginal from the copy.

Hi steve, what makes us Australian, not just to mention the food is the old chestnut.

Beating the Poms at cricket is certainly defining, but I wonder if we haven't inherited the English attitude towards food, from a time when it didn't seem to be all that important. Perhaps rebelling against our Anglo-Saxoness is what has been leading us these past 40 or so years as we embraced more of the Continental foods as well as those of our nearest Asian neighbours.

Hi Neil,
Superb post.
You might like to read a pertinent chapter "Towards an Australian Cuisine" in Barbara Santich's readily available book Looking for Flavour.
She makes the interesting point that, in the Old World new ingredients were modified by their cooking techniques whilst in Australia "'new' ingredients are indigenous and it is culinary traditions that are imported".

Hi elliot, I've heard about Barbara Santich but will now look out for her book. I can definitely see what she's on about, the lack of a locak cuisine seems to lie somewhere between indigenous ingredients and imported culinary traditions. Maybe, just maybe, we are on the cusp of a new Australian cuisine.

Hi Neil
Communication is so efficient now that food technology and cooking innovation has almost instantaneously become the province of all. As such it seems to me to be very unlikely that we will develop something especially Australian. I am constantly surprised about how wrong my predictions are though, so you may be right. I wish.
Cheers
Elliot

Do you know what? I think that pizza has almost become our own. What better blanck canvas is a pizza bread smeared and topped by what ever 'aussieness'we feel like at the time? Delicious!

Hi elliot, I just have the feeling there is something uniquely ours, but because we do quite a lot of interpretations of overseas dishes, it's hard to see just what is dinkum. Time will out.

Hi johanna, pinching pizza as our own reminds us of our convict past...