Milk, Two Ways
At Chez Neil's we really enjoy our local cheeses, yes we do. Some Australians that feature regularly on the menu are Red Hill Cheese, Tarago River Cheese Company, Holy Goat and in a welcome return to form, Pyengana Cheese Factory.

Artisan Australian cheeses are a fairly recent phenomenon, Will Studd in his excellent book, Cheese Slices, wrote about what he discovered in Australian cities after he migrated here in 1981 with his young family.

"... Fresh produce was abundant and extraordinarily cheap, but when it came to interesting cheeses, there was absolutely nothing. Most of the Australian cheeses available were blocks of industrial Cheddar with strange names such as 'Tasty' and 'Coon'. The range of interesting European cheeses was also extremely limited, and their quality and presentation were depressing."

Studd worked hard to change the landscape and much has been achieved since those lacklustre and pedantic times; who can ever forget his consignment of Roquefort that was sent to the tip by the Quarantine Department?

We have a lot to thank Will Studd for. 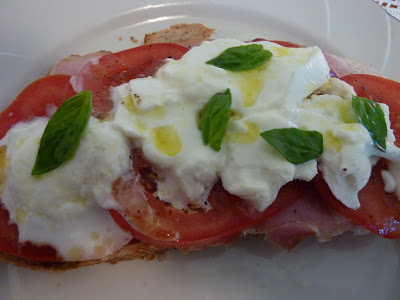 Producing artisan cheeses is a very difficult business and learning how is like embarking on a long journey, there is much to know about the subtleties of preserving milk, the slight differences in things like culture and temperature that stand between the mundane and brilliant.

Australian cheesemakers have made great strides, but the journey is far. The outstanding qualities that make some imported cheeses sing can elude their best efforts. Buffalo mozzarella is one example, despite some impressive efforts from Shaw River.

The problem is a textural one. Italian Mozzarella di Bufala Campana have a sweet creamy texture, almost custard like, with just a hint of lactic tang, so totally addictive; Australian versions have yet to overcome a slight rubberiness. 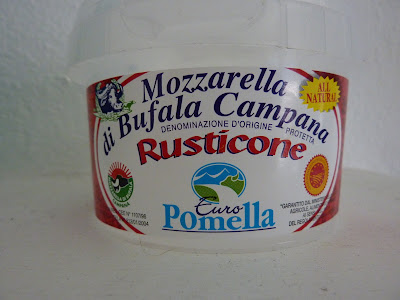 Something else, very European, has also started to become available and popular in this country, cultured butter. Traditional Australian butters are made by churning fresh cream, but in Europe, bacterial cultures are added that convert milk sugars to latic acid, giving their butter a richer, rounder flavour, a revelation spread onto good bread 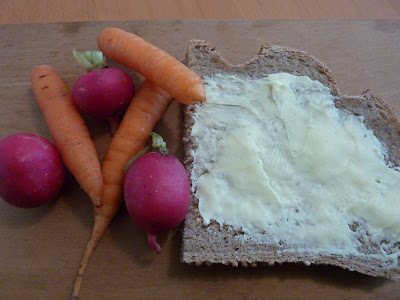 "What are the three secrets of French cooking? Butter, butter and butter!" - No Reservations.

French Lescure butter converts all those who try it, and is deservedly popular, but to my mind there is an even better brand, Belgium's Carlsbourg. The only way to describe the flavour is that it's extra buttery, like the dairy has somehow concentrated the buttery goodness. 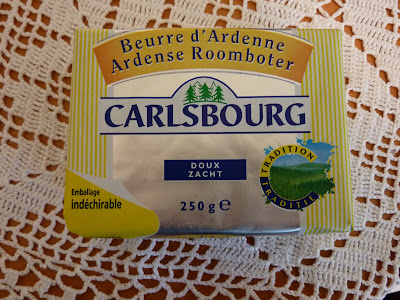 Chef Didier: "You and I, we know the secret to life: it's butter." - Last Holiday

Once you get the taste for it, it's hard not to use it everywhere, giving an extra dimension to cakes, mashed potato and sauces. One thing I wouldn't make with it however, is a burnt butter sauce. Due to cultured butter's high moisture content and ample milk solids, it will spit viciously at you before burning very rapidly. But those two properties usefully combine to make this butter more spreadable than butter made from fresh cream.


Both Carlsboug butter and freshly airfreighted Pomella Mozzarella di Bufala Campana are available from Kirkfood's new retail online store, www.ideli.com.au/. If, like me, you go weak-at-the-knees over things like tins of hazelnut oil or confit duck legs, you'll love it.

Hi Neil
Nice article. We've bought so much from kirkfood since you intoduces us to them yo should be getting a commission.
Looks like we're in for some more treats and we don't even have to leave the house.
Tx

Hi Elliot, it's a really great store for people us, so many goodies!

Good to see you back in form - love your work.

We should also be thankful to Richard Thomas for what he has done for Aussie cheeses. The cheese he has made, improved or helped include the likes of Tarago River Blue (Gippsland Blue), most of the Milawas, Yarra Valley Persian Feta, King Island's range, Meredith Dairy.

Have you tried the Amore burrata?